New version of Zemanta is out 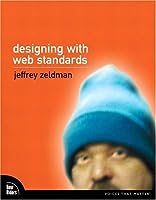 Book cover via AmazonWe released a new version a few days ago.

It’s mostly a bugfix release on the front-end part while there are quite a few fascinating developments on the back end. The first one is that we now suggest CrunchBase links to companies and people and we also suggest images to go with that. So if you’re writing about a start-up, a funding round, investors or anything else that is present in CrunchBase you’re likely to get better suggestions.

We’ve also added Amazon book covers for books that we find in Amazon (like Designing With Web Standards by Jeffrey Zeldman or Transcending CSS by Andy Clarke).

The biggest news is that we were able to transfer the Zemanta experience to Windows Live Writer which is our first desktop application integration. I hope this brings joy to the users of Live Writer. Being the first desktop application integration it didn’t go without glitches but I hope we fixed all the bugs, even those that were found by the first users.

We also have a new home page for everybody who doesn’t yet know what we do. If you don’t have our extension/plugin installed and you’re a blogger give it a go – you won’t regret it.